We are all completely unique in our tastes, opinions, thoughts, and motivations. While we may share something in common (likes, dislikes, desires, etc.) with a family member, friend, or neighbor – those commonalities are not exact, and not perfectly aligned with each other’s wavelengths. Why? Because we are individuals, and our interpretations of life experiences reflect our own personal perspectives. 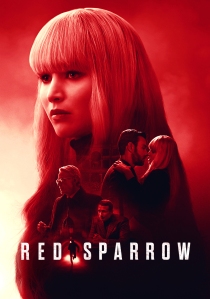 Movie-viewing is both a personal and shared experience. When we watch film, we examine those movies through a lens that is connected to our own histories. If it’s a comedy, we’ll find ourselves comparing that film to other funny flicks we’ve seen, even if we don’t realize we’ve done it. If we check out a new Jennifer Lawrence film, we may inadvertently be thinking of other roles she’s played in the past. If we were taking in the latest superhero movie, it would be extremely difficult not to consider the others that have come before it. Why? Well, because every film experience we’ve ever had (good or bad) is placed into the backpack of our minds, and becomes part of our “film baggage.”

Before we even view certain films, preconceived expectations are all but guaranteed. The 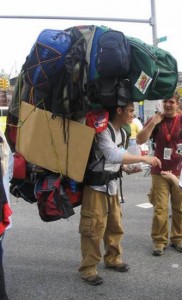 media, friends, word of mouth, other reviews, and general buzz can all impact our anticipations. That is baggage. After viewing a film, you should ask yourself this question: “How did those expectations influence my review, my interpretation, or my general ability to be entertained or engaged?” If we’re honest with ourselves, there can be at least a sliver of impact.

Film baggage is both positive and negative; which means our film-viewing histories can slant our evaluations of movies towards good or bad reviews based on cinema prejudice. You may absolutely love the memories and experiences you had with your family watching Toy Story for the first time, or hate the fact that Nicholas Cage even exists as an actor because you thought that his performance in Peggy Sue Got Married was the worst acting job you’ve ever seen. In your opinion, does Zooey Deschanel have an acting style that seems one-dimensional, and do you find her voice annoying? If so, this

baggage could definitely be an issue for you. Our baggage influences our reactions, our interactions, our opinions, and our thoughts. Baggage is real, and it impacts our experiences.

So, if you love all Chris Hemsworth films, or you’re drawn to every horror flick ever created; you should begin to ask yourself why? If you hate every romantic comedy, yet laugh at anything that Kevin Hart stars in; it may be worth exploring why you’re wired to connect this particular way to these films or actors? Open your backpack and look inside. Take out that film baggage and evaluate what’s really in there. When you do that, you can begin to understand that baggage can sometimes weigh you down as an honest film critic. If you’ve never liked action films, explore why? At the same time, ask why other people enjoy them. Expand a pouch or two on that backpack, and be open to learning why those films exist, and why they appeal to particular audiences. After doing so, you still may not find yourself the greatest fan of a particular genre, actor, or director, but you may discover that you can learn to appreciate why those films and stars appeal to certain populations or audiences. That should be your goal. 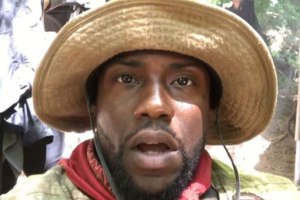 As we carry around our backpacks of film experiences, we should never keep them locked and zipped completely tight, there should always be room to add more, to encounter more, to expand our viewing range. As a film critic, being open to new experiences and fresh opportunities for growth will truly change the way we carry that weight. Instead of allowing the baggage to constrict our reviewing abilities, if we allow, we may discover that we have a freedom to encounter the film world in a more educated and meaningful way. 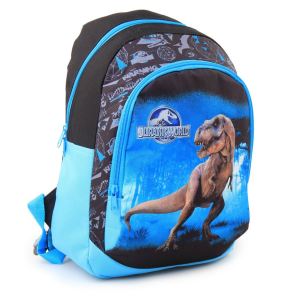 It’s true some of us refuse to enter into a different world of film viewing, and it may be because we find ourselves comfortable with the norm, with the status quo. Maybe we don’t want to explore the adventure of watching a silent film, a foreign language movie, one that is black and white, or even 3D on an Imax screen. Why? Is it because we’re afraid of different or change? Or, do we prefer to be casually entertained and feel that certain films just make us “think too much?” Guess what? That, too, is baggage.

I was that guy who hated Nicholas Cage; he just annoyed me. That was the baggage I was carrying, and I didn’t want to even explore the option that I may someday find one of his films I could possibly enjoy. That was until a girl from college asked me to take her to see the romantic comedy Honeymoon in Vegas starring Cage. As much as I was dreading the experience of watching Cage, I was more than willing to be going out on a date with this girl. As I sat in the theatre eating popcorn and holding the hand of the girl beside me, something amazing and strange begin to happen (no, I wasn’t falling in love). I actually found myself laughing at the comic timing of Cage on film; I became intrigued with his character; I was being sucked into a story that I was finding absolutely wonderful … on every level. But, as I began to really search for the “why” – I discovered that it was actually 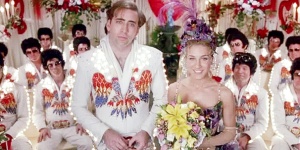 Cage that was driving my enjoyment of the film. Everything else was complementing his character.

I was stunned. I had just now watched a film with Nicholas Cage, and I didn’t want to find a barf bag. I was inspired to go back and explore pervious Cage films as a result of this experience, and to examine them through a different light.

Who the heck was I? And what had just happened to the man who was Noel T. Manning II? Well, honestly, I guess I was maturing as a film viewer (and critic). For some inexplicable reason, the baggage didn’t weigh down the experience. For some reason I was open to what would unfold on the screen. Was it because I was on a date with someone I wanted to be with? Could it have been because I allowed myself to just enjoy the experience? I really don’t know for sure. I only know that my backpack is now ever expanding, and my adventures in movie viewing are continuing to take me to destinations far and wide, gaining me more passport stamps than I’d ever imagined. 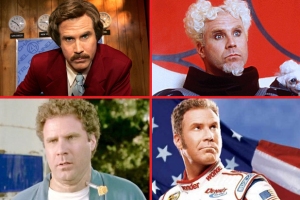 As film critics, we should make every effort to leave our baggage at the door when reviewing any film, but sometimes that is extremely difficult, I get it. If you are one who has decided you will never, ever watch a film about demon possession, or that every flick starring the likes of Will Ferrell is a masterpiece, you should try your very best to check that baggage when reviewing a film. But, if for some reason you can’t, just be honest with your audience about your baggage and move on.

Our film prejudices are not always easy to let go, but if we don’t at least attempt to do so once in a while, we could be missing out on incredible film-going opportunities. So as we explore films that have won multiple awards, or ones that all our friends hate, or the new adaptation to a favorite novel, be aware, be cautious, and try your best not to let your judgments be clouded by those (negative or positive) expectations that may be filling your backpack.

In the end, be honest with yourself and your audience. Evaluate each film for what it is, 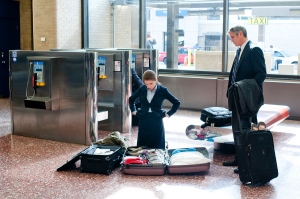 and what it’s not. The actors, directors, genres, and styles that fill our lists of loves and hates should not ultimately impact the film we’re being asked to review. Examine each component of the film for story, character, technical achievements, message, and more. Focus on the film for the sum of its parts, not just one individual piece of baggage. If you’re able to do that, and if you can defend your evaluation with clear points and examples, you may just be learning how to truly carry and balance the weight of that film baggage.

I know that we will all ultimately want to watch (at times) the work of  filmmakers who know how to make us cry, or comic geniuses who cause us to laugh uncontrollably. Maybe we’ll want to watch a formula horror film just to be able to escape our daily routines, and you know what, that’s OK. Film is not always about art; it is also about entertainment, and therapy at times. Remember that, and share that with your audience.

The film baggage we carry is filled with the experiences of childhoods, summer vacations, 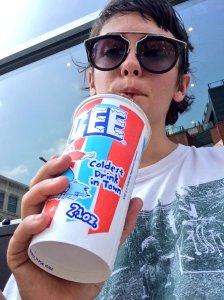 first dates, nightmares, popcorn, Coke Icee’s, auditoriums of laughter, sticky floors, and family gatherings. We like what we like, and we hate what we hate? But if we explore why, we may just discover something about ourselves in the process of unpacking that bag.

What is baggage? We’ll, ultimately it is not only what we pack before the experience begins, but it’s also what we pick up along the journey and bring back with us when we return.