to understand that sometimes fact truly is stranger than fiction.

When film critics examine political cinema we should be aware of several things:

Bias: We all have bias and political leanings towards a party, candidate or an issue. We may deny it, but unless we are completely apathetic about nearly everything in society, we are connected to something within the political scope of life. We will at sometime in our lives be drawn to certain causes and individual leaders, and yet repulsed by others. That is bias, and it exists for all people.

When we view political films we will discover that viewers are not the only ones with bias; filmmakers creating projects can present their leanings in cinema as well. Some filmmakers attempt to put aside political feelings for an objective narrative or story, while others wear politics on their sleeve for all to see. For those filmmakers who choose to expose their bias to others; film becomes a medium to share their message, their agenda, and their politics.

As a film critic you should examine films with that understanding. If you feel that bias exists (Democrat, Green Party, Libertarian, Republican, Tea Party,  etc.) mention it, but most of all you should be able to defend why you feel that way. If you are torn and are unsure, you may need to research the writer, director, or producers to get a closer understanding of political leanings. You will also need to examine your own personal political baggage/bias. If you feel your bias is coming through in your review of the film, let your audience know that up front; then they will know where you are coming from.

Purpose/Message/Meaning: Political cinema (regardless of genre) speaks to the topics, ills, and issues of society. In doing so, there is usually a meaning or message the director (or writer) wants to share. These messages relate to the varied topics featured earlier in this chapter.  Sometimes the message in political cinema is under the surface of the story, while in other situations, there is no doubt of what the movie (and filmmaker) is trying to say.

Audiences may end up asking more questions than they find answers to. That is the beauty of politics and film, most times there will be more than one correct answer – it is all about your point of view. When you walk away from a political film and continue to think critically about what you’ve just witnessed, then these films have probably done their job. 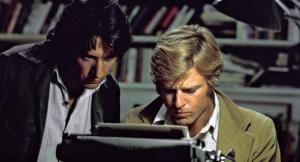 Historical Context: One can actually research the history, the time period, the events, locations and personalities through factual accounts on film.  These films (biopics or based on true story films) can be set up against the context of reality vs. fiction. To understand the messages, meanings, or purpose of these films is to understand the historical time periods (cultural, political, societal, international) surrounding the setting of these political movies and the people involved in its creation. As critics we should ask: Why does this film matter? Why should we care? Is this person, place, situation or event still relevant in the context of today’s society, and if so why and how? Are lessons learned from this film universal (regardless of time period)? To understand our history is to appreciate our present; to appreciate our present is to anticipate our future.

As critics (and audience members) we must also understand that fictional political-based films can be viewed within historical context and significance as well. As mentioned in earlier chapters, sci-fi does an amazing job exploring society through a future or alternate universe. But there are also genres like drama, action, and animation that can ask and address the “what if” questions within historical context.

Genre impact: Political cinema can be examined through any genre. Because each genre is 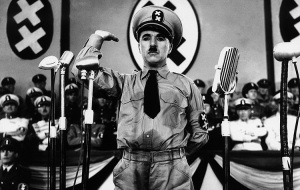 different, the approach to sharing messages and meanings will be diverse as well. Comedy may offer a more relaxed way of getting to meaning while biting satire may smack you in the face with it. In an action film you may see an undercurrent of political topics as a backdrop for the narrative, while family animation may present a message that only the most astute will catch.