Before you begin the content body of your review, develop a title that captures or teases your review for readers. Go back to our lesson from Chapter 5 on “Creating the Perfect Title” for idea-generation. 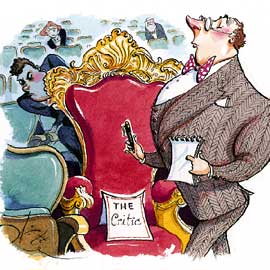 “The lead” – This is sometimes referred to as a “lede” line or introductory sentence. This is the first thing that your readers will see (other than the title), and you want to draw them in from that opening thought. In “the lead” you can capture the attention of your reader with any of the following:

You should not jump right into the movie plot, ease the reader in, and the lead is a great way to do that. This should be no more than a paragraph.

Many times a lead (intro or opening line) will present itself fairly easily while you’re watching the film, other times you may have to let the film digest. You may even know exactly what your “lead” will be before you ever watch the film; it may vary from film to film… and critic to critic. The goal here is to hook your reader to read beyond the first paragraph.

Here’s a lead for Bruce Almighty:

“Have you ever wished you had God’s power? Do you believe that things would be so much different if only you were the one calling the shots? If you had the ability to answer everyone’s prayers, wouldn’t you? Those are just some of the questions we as an audience face in the film ‘Bruce Almighty’ starring Jim Carrey and Morgan Freeman.” (61 words)

Here is a lead intro for Zombieland: 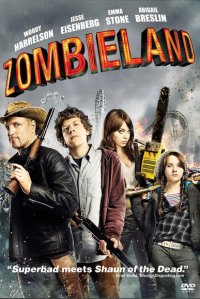 “If you think that all zombie films are all the same, then think again. ‘Zombieland,’ starring Woody Harrelson, Jesse Eisenberg and Emma Stone, explores the zombie apocalypse with clear direction, precision weaponry and dry humor.” (35 words)

Your best bet for capturing a film’s story plot would be to keep it between 3-12 sentences. You will find some very simple films that could be summarized in two sentences, but ones with complex layers may require the full 12 sentences. You do not want to give away the entire story (or spoilers), or ID every single character or scene. There is no need for that. Go back to our lesson in Chapter 1 on writing a concise film summary to guide you here.

As a critic or reviewer your goal is to offer enough of the story so the audience can decide if it is something of interest to them. Offer the highlights for what the story is about; do not offer a play by play of each scene. Remember, identify the key characters (not the entire cast) who assist in answering the “story question.” Here are some items that should be included (if you didn’t provide these in your lead).

a. The Setting – In some films you will discover the setting to be an important element for 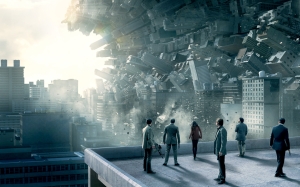 the understanding of the story (and for the audience). Does it take place in 16th Century Paris? Is it the fantasy-world of Oz? Is it in a galaxy far, far away? Is it the Amazon Rainforest? Is it a dystopian future? If the setting impacts understanding and provides relevance for the characters, you should mention it. A good rule of thumb is to share something about the location or time period; it helps the reader to mentally get into the place and/or time.

the types of (main) characters we have in the story here. Make sure you note the protagonists and antagonists (if they are people).

c. The first act plot points: For most films you shouldn’t summarize more than the first 1/3 of the movie (30-45 minutes for most films). Let me say that again in another way: you are only wanting to provide a roadmap of the characters and the destination within the story … you shouldn’t identify every single stop the GPS or WAZE app tells you about. If you read most film reviews, the synopsis usually offers just enough to get an understanding of: where we are (setting and/or time), where we’re going (story question + goal/quest), who is taking us there (protagonist), and who/what is standing in the way (forces of antagonism).  This will allow your readers to understand the essence of the story question, the inciting incident (if appropriate), the story crisis (forces of antagonism), the challenge for the characters, and the ultimate goal. Note: There are always exceptions to the rule, but this is the norm.

Short Plot synopsis for The Ring – by Chris Null

“Following a number of false starts that establish the film’s unbalanced mood, ‘The Ring’ rehashes an urban legend about a videotape. Very few people know its contents, though it’s believed that the images found on the tape recap one person’s nightmare. Once you watch the video, the phone rings and a child’s voice on the other end of the line whispers, “Seven days.” You now have one week to live.

When a close friend of the family dies following a viewing, Seattle newspaper reporter Rachel Keller (Naomi Watts) promises the victim’s mother she’ll ask around about the tape. Rachel watches the tape, receives the phone call, and her personal seven-day countdown to destruction begins. Her only hope of survival is to solve the mystery of the images on screen before her departure time arrives.” (134 words)

III. The evaluation and analysis – This is what the review is really all about, this is why your

audiences check out your evaluation out in the first place. You should take about 300-400 words (three or four paragraphs) offering your take on the acting, direction, technical details, writing, etc. that provide relevance and reasons for the success or failure of the film.

In a 600-word review you can’t cover every single element of the film’s analysis, but you can capture the most important aspects of your thoughts. This will be more than enough to offer your defense of the film’s worth. (3/6 to 4/6 of your review)

Knowing what to leave out of a review can be the most challenging aspect of writing a review. This is where you learn the importance (and power) of self-editing. Identify the major strengths and weaknesses that support your final film grade. Think about five to eight key examples to provide credence to your overall score or grade for the film. Was the writing strong, yet the acting was weak? Were the special effects amazing, yet the score distracting? Was the set design unbelievable? Was the editing problematic? Remember -you must offer defense to these areas. THIS IS THE IMPORTANT STUFF!!

It is incredibly important here to write your thoughts in balance with your overall grade. If you slam every aspect of the film, yet give it a “B+” rating, then you’re really not being true to the grading (or evaluation) process.

IV. The conclusion – Your final thoughts should offer a meaningful and logical wrap of your ideas and opinions in relation to the film (3-4 sentences max = 35-75 words). This is where you remind your reader why they should (or shouldn’t) pay hard-earned dollars to see a film in theatres, or wait until Redbox (or avoid the movie altogether).

You can also use some of the following observations to provide concluding thoughts as well:

This is where you get the final word. If you have one last thing to say to the reader (or your TV, online, or radio audience) about the film … what is it? It could be a movie quote, a joke, a warning? Or you may share a witty pun relating to the film’s title. It’s your choice. This is your chance to make one final creative statement.

Example: Supersize Me –a film about the fast food industry

“With ‘Supersize Me,’ the filmmaker put a very human face on questions that concern the nation as a whole. That this face happens to be his own makes the film more entertaining, I haven’t touched a Big Mac since.” – Chris Null

Quiray, G. C. (2014). Under the tent-pole: A primer on moviesblockbusters, oscar winners, alternatives, and you. Dubuque, IA: Kendall Hunt.