Since the launch of the narrative feature film, industry adaptations have ruled the motion picture landscape. In fact, the first film to get audiences to perch in seats in a theatrical setting for longer than 3 hours was adapted from  Thomas Dixon’s book “The Clansman.” The racially charged film “The Birth of a Nation” (1915) offered many controversies, and it inspired membership in both the NAACP and the KKK. This film has had many detractors throughout history because of the subject matter (and rightfully so), yet it did open the door to a new art form – feature narrative filmmaking… and that in turn, ignited massive film adaptations of other written works. 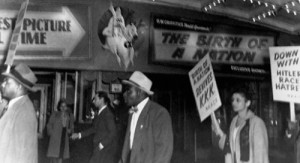 After the theatrical success of “Birth of a Nation” audiences were begging for long-form film story, and production companies were eagerly seeking ideas to bring to the big screen. One easy place to find these narratives was in the form of stage plays, short stories, or novels. Because these stories already existed with fully-formed settings, story-lines, characters, conflicts, and snapshot scenes; adapting from these original source materials seemed like a perfect solution to meeting the growing audience demand. Another benefit for film production companies during these early years was that they didn’t have to pay any film rights to the authors of the original literary texts because

Filmmakers also looked at adaptations as a way to bring literary culture to the working class. 71% of New York’s population in 1911 was composed of blue-collar workers according to Desmond and Hawkes in the book Adaptation: Studying film and Literature (2006).

Filming adaptations also became a marketing device for studios hoping to introduce audiences to literary classics; which in essence was all about the mighty dollar – it was then, and it still is. Here’s some evidence to support that – in 2018, only one of the top 25 domestic (US & Canada) films was original to the screen (A Quiet Place). Every other film was either a prequel, sequel, remake, or adaptation (boxofficemojo.com).

Why are Adaptations Different than the Original Source Material?

There are some who view film adaptations after reading, or being fans of, the original 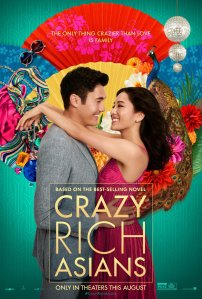 source material (especially the written word), and feel cheated when characters are different (or left out) or when elements, themes, or storylines change. These changes occur typically for a few reasons:

1.The screenwriter or director feels the need to further the storyline faster and/or share their own artistic license on the story or characters or film’s message.

2. The original source material (if a written word) may be too long or confusing for a  film audiences to interact because of the limitation of screen minutes. Making character and storyline changes may be essential to keep the film’s pace moving.

Audiences of original source materials have their own ideas and interpretations for characters, settings, storylines, themes, etc. So when audiences view an adaptation, they may be influenced or distracted by their personal baggage.

Key note to remember: One page of script = one minute of screen time. So imagine

trying to translate a 544 page book (Like the YA novel, “Before I Fall”) into a film with page by page and scene by scene exactness. You could try, but then you’d have a 3 hour and 44 minute film. By the way, when this book was adapted to film in March, 2017, it did so with a running time of 1 hour and 39 minutes (including credits).

So, how does one review and evaluate adaptations without giving in to the cultural prejudice associate with the original source material? How does one even begin to separate

the baggage associated with a literary classic when it is translated into a big screen adaptation? How does one compare one medium to the other?

The answers to those questions are not always simple, but the bottom line is this – the original source material and the film-inspired translation are two separate mediums, they’re different by the very nature of what they are. You can’t judge them equally against one another; it just doesn’t work that way. While the Wizard of Oz (1939) was successful in both literature and on film, they were different (for one, the written piece wasn’t designed as a musical). Different doesn’t always mean better or worse, it just means … different. The trick for film critics is to judge the film on the basis of the film itself, and not what originally birthed the idea. If you find yourself reviewing a film based on a book you’ve read, a superhero you grew up with, or a song from your youth, try to remember that the film, and the original material are part of the same family; evaluate each of them on the individual strengths and 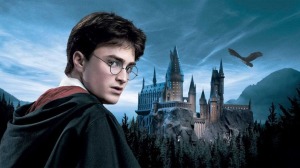 weaknesses as it relates to their distinct forms. While dads, moms, brothers, sisters and cousins may display similarities, they offer unique aspects that are different as well. So when you examine the two sources (original and adapted) attempt to do so without the bias.

When writing reviews on film adaptations it is however important to always make note of the original source material and author within your review, but try not to let your feelings be governed for one over the other.